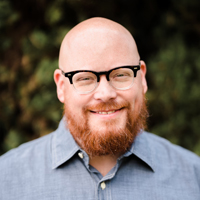 Dr. Joel Wood, his wife Emily, and their 3 youngest kids live in La Mesa, CA, where he is Senior Pastor of New Life Presbyterian Church of La Mesa.

Joel is a 5th generation pastor and holds degrees from the Moody Bible Institute (BA) and the Reformed Presbyterian Theological Seminary (MDiv/DMin). He teaches at Westminster Theological Seminary, City Seminary – Sacramento, and around the world with Overseas Instruction in Counseling. He is 1/4 of The Jerusalem Chamber podcast with pastor-friends who discuss the doctrine, worship, and piety of the Westminster Confession of Faith. 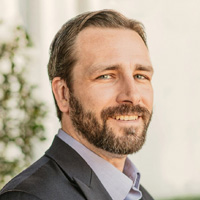 Dr. Dan Borvan is pastor of Grace United Reformed Church in Torrance, CA. He is a graduate of Westminster Seminary California (MDiv, MAHT), Oxford University (DPhil, MSt), and Moody Bible Institute (BA). He and his wife, Marcy, have two daughters and a son. 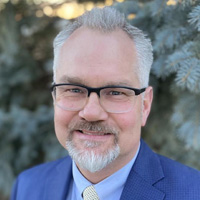 Dr. Jason Barrie is an Associate Professor of Practical Theology at Westminster Seminary California.  He grew up in Southern California before attending the United States Military Academy in West Point, New York.  After receiving a B.S. in Political Science in 1994, he served five years as a strategic intelligence officer in the U.S. Army in Arizona, Georgia, and overseas in Germany.  Dr. Barrie served as a ruling elder in the PCA for 4 years before attending WSC, where he completed an M.Div in 2003.  During his eighteen years of ministry, Dr. Barrie has emphasized counseling and discipleship. He earned his D.Min in Pastoral Counseling in 2013 from Westminster Theological Seminary.

Dr. Barrie has spoken at conferences around the country for Peacemaker Ministries and the Christian Counseling and Educational Foundation.  He has also lectured internationally in Malaysia and Bangladesh and throughout Northern Mexico.

Dr. Barrie is married to Kristin and they have three grown children and a son-in-law.