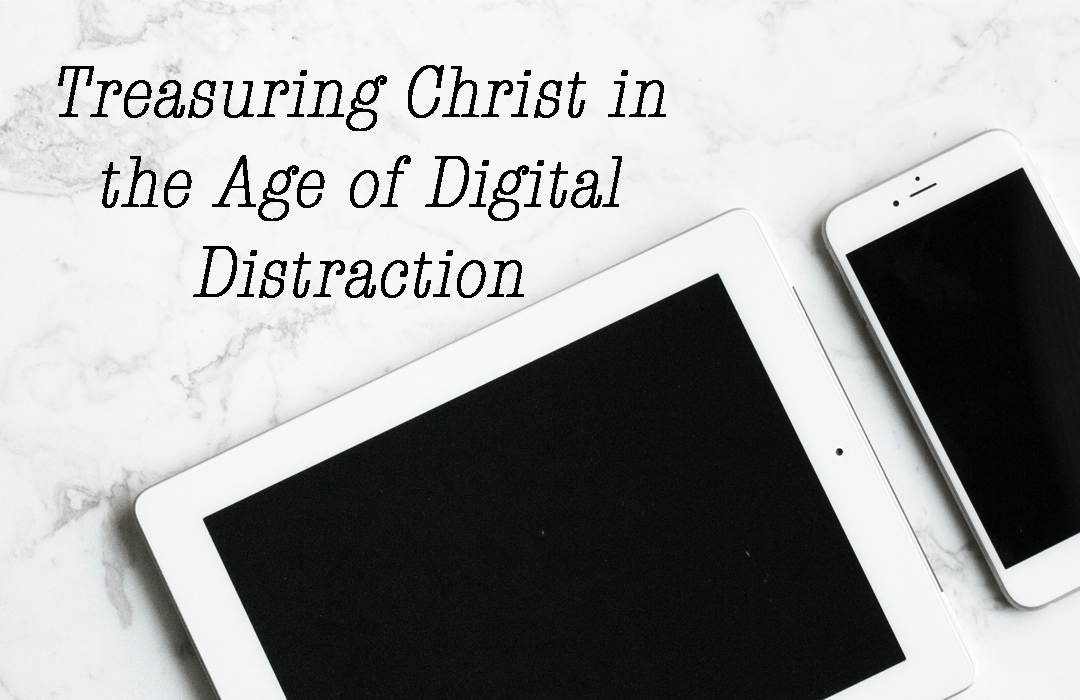 Does it surprise you that more than twenty-four thousand minutes of new user video is uploaded to YouTube every minute of every day? To view all the new video content uploaded in the next fifty-eight hours, it would require an unbroken lifespan of eighty years to watch. These dizzying statistics testify to the avalanche of media content and electronic information that engulfs us in the digital age.

In Competing Spectacles, author Tony Reinke poses the question, “In this ‘age of the spectacle’ (as it has been called)—in this ecosystem of digital pictures and fabricated sights and viral moments competing for our attention—how do we spiritually thrive?”1 Reinke, senior writer for Desiring God and author of five books, including the seminal work 12 Ways Your Phone Is Changing You, intends this book to be a guide and helpful resource for Christians in need of a digital detox—those seeking to unplug from the digital world in order to reorder their priorities.

While undoubtedly a useful work for Christians wrestling with binge watching or digital time mismanagement, this book is equally valuable for its assessment of our media-driven culture. Reinke writes from a well-articulated Christian worldview and explores important questions: How does our digital consumption, meaning what we watch, the online news we read, the social media we follow, impact us as followers of Christ? What are the consequences of our accumulated screen time on our attention, volition, empathy, and identity?

Make no mistake, Competing Spectacles is not a rehash of his investigation into how smartphone usage changes us; rather, he devotes this work to presenting a broader analysis of how our culture lives and thinks according to a media-based epistemology, and as Christians seeking to treasure Christ in an age filled with digital distractions, we need to cultivate clear biblical thinking about the culture surrounding us. To accomplish this, Reinke structures this book into two sections:

What Is a Spectacle? 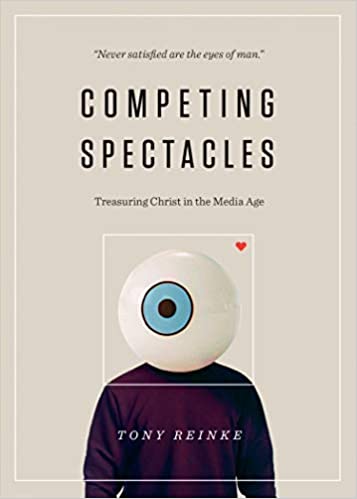 Reinke opens by defining a spectacle as “a moment of time, of varying length, in which collective gaze is fixed on some specific image, event, or moment. A spectacle is something that captures human attention, an instant when our eyes and brains focus and fixate on something projected at us.”2 In today’s outrage culture, spectacles include scandals in sports, entertainment, or politics; spectacles can also range from events as significant as a historic presidential election to an occurrence as insignificant as the latest viral video from a self-made YouTube millionaire. Reinke asserts that spectacles are not neutral; they want something from us—our attention, time, affection, money, and capacity for awe.

Why do we seek spectacles? To answer this, Reinke turns to why we exist in the first place. In Genesis, we learn that man was made in the image of God with a soul that will never die. As humans, we are designed to worship; we are hardwired with a capacity for awe. Consequently, we will either worship the true and living God of the Bible or idols. So in a culture filled with never-ending spectacles, how do we preserve our hearts and eyes from being distracted from the things that matter most?

To address this question, Reinke explores the subject of human attention. He quotes William Jones in The Principles of Psychology: human attention is “a withdrawal from some things in order to deal effectively with others, and is a condition which has a real opposite in the confused, dazed, scatterbrained state which in French is called distraction.”3 We are creatures molded by what we give our attention to; hence, Reinke proposes, “We become what we watch.”4 Therefore, we must exercise discernment in what we watch.

But Reinke concedes that spectacles and all the distractions accompanying them aren’t anything new. The ancient Greeks loved Olympic competition, and the Romans diverted themselves with gruesome gladiatorial fights. In fact, Roman politicians used these savage Colosseum match-ups to entertain and control the masses. Reinke highlights that through the ages, Christians have written about the tensions and temptations that spectacles present.

Early church father Tertullian devoted the work De Spectaculis to defining the idol of entertainment. Augustine addressed the same concerns in Confessions, chronicling the struggles of his noble-minded friend Alypius who nearly destroyed his life with an addiction to the blood sport of the gladiatorial games. And in the 1600s, Puritans wrote profusely about the danger of unchecked viewership of the London stage plays.

The rise of media saturation into every conceivable nook and cranny of life has introduced a new form of competition with the gospel for the human gaze. Reinke makes an important observation when he asserts that the discipline of prayer is assaulted when every rare and empty moment of silence is given to digital media rather than turning attention to God. Insights such as this make the book a valuable read for Christians who are seeking to live to God’s glory in the digital age.

In part 2, Reinke asserts the grandest spectacle ever devised by the mind of God that has taken place in history is the death of Christ on the cross. Rome designed crucifixion to be the most humiliating form of punishment, contrived to intimidate and subjugate the slave class. In crucifixion, the theatrics of public humiliation and the degradation/destruction of the human body was a spectacle that held people’s attention.

The death of Christ was the ultimate of all crucifixions, and Reinke presents many compelling reasons—Christ’s divinity, his innocence to every charge leveled against him, his submission to his Father’s will to became a curse for his people’s redemption, and the victory of his death over death itself. It is only by the Holy Spirit working faith in man’s heart that one can see the death of Christ as the preeminent and unparalleled spectacle in life.

Reinke exhorts the Christian reader to combat the world’s allurements by studying how Paul preached Christ crucified in Colossians. From the five truths he identifies, I appreciated his summary of Colossians 3:12–4:6, which teaches that focusing on Christ equips us to embrace our daily responsibilities. To resist the world’s enticements, we do not need to withdraw from society or throw away our digital devices; rather, we must constantly renew our minds in God’s Word. Seeking Christ daily in the Word and private prayer enables us to fulfill our callings and to seek God’s glory and his kingdom in all our earthly commitments to work, family, and neighbor.

Competing Spectacles is not a call to shut down movie theaters or to abolish the internet; rather, it is an essential reminder to the follower of Christ to recognize what is worthless and to develop spiritual disciplines to live for Christ, not for vain spectacles.

Chapters are short, averaging from two to six pages, and the book, at 154 pages, is almost as pocket-sized as a smartphone. Reinke writes in the style of an investigative journalist, and this latest book is a welcome discourse and hopefully a catalyst for discussion on how we can treasure Christ in the digital age. It is available on Amazon.

The Mystery of Providence Book Review

Charity and Its Fruits Book Review

Temptation and Sin: On Indwelling Sin in Believers Book Review