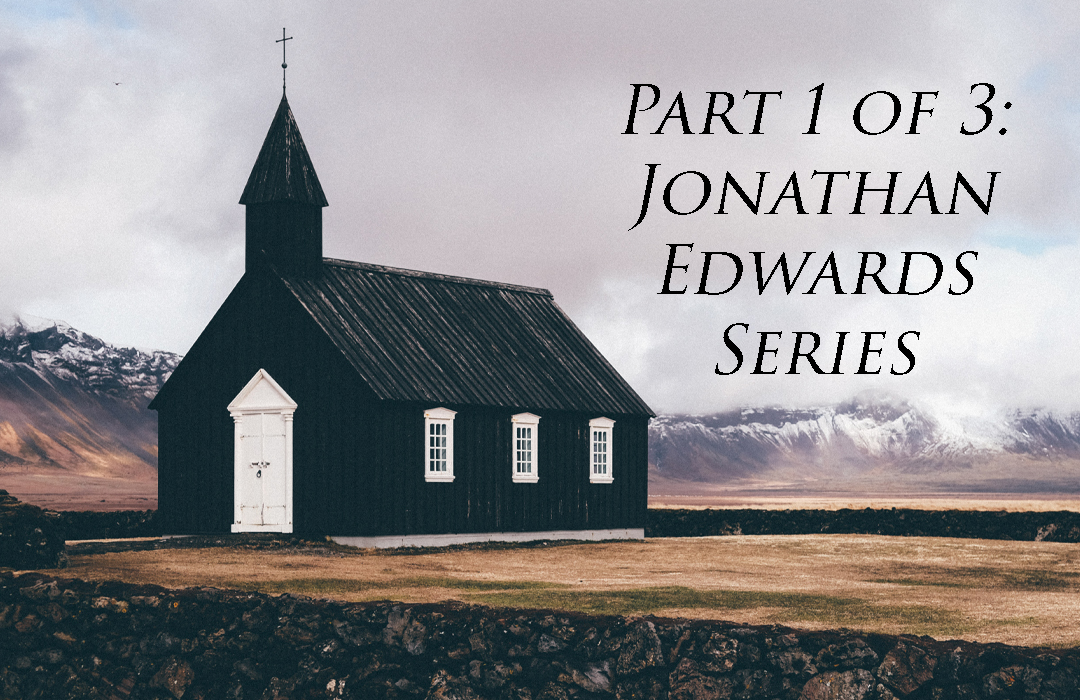 Why study the past? Sages, throughout history, have addressed this question. Twentieth century philosopher George Santayana wrote, “Those who do not remember the past are condemned to repeat it.”[i] We do not have to embrace the fatalism in these words to see they ring with common sense.

In his eternal Word, God commands his people to be students of history, to remember his works of creation, redemption, and providence. The Psalmist urges, “Remember His wonders which He has done, His marvels, and the judgments uttered by his mouth” (Psalm 111:4).

But what happens when his people forget? In the case of his Old Testament church, God reveals: “They did not remember His power, the day when He redeemed them from the adversary, when He performed His signs in Egypt, and His marvels in the field of Zoan” (Psalm 78:42-43). Instead of finding strength and safety in recalling God’s past deeds, his people quickly forgot his deliverances of old and vainly placed their trust in surrounding nations and idols.

Today, like the church of old, we are as prone to forget that God’s works are great and to be studied by all who delight in them. Along with studying his marvelous deeds recorded in Scripture, many Christians throughout the centuries have documented God’s unique and surprising works in their own time periods. 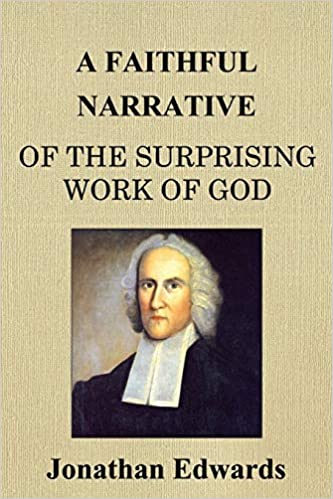 In 1735, American pastor, theologian, and writer Jonathan Edwards penned A Faithful Narrative of the Surprising Work of God to describe the “awakening” in his town of Northampton, Massachusetts. During the awakening, the Holy Spirit worked among the townspeople in extraordinary ways, drawing large numbers of unbelievers, across all age groups, to faith in Christ alone. This historical account of God’s amazing work is an excellent introduction to Edwards’ pastoral ministry and is also a helpful primer to read before embarking on his longer works. Together, in a three-part series, we will explore the following works to learn about the extraordinary deeds God accomplished through the life of Jonathan Edwards:

Part 1 of 3: Who was Jonathan Edwards?

Considered the foremost American theologian, Jonathan Edwards’ works, spanning 26 volumes, have wrought lasting influence not only in the church but in the hallways of American academia. Born into a Puritan household on October 5, 1703 in East Windsor, Connecticut, his father and mother were devoted Christians. His father, Reverend Timothy Edwards, earned his B.A. and M.A. from Harvard University, and was a man who approached his duties as spiritual leader of the home with sober diligence, keenly supervising the discipline and cultivation of his children’s character. His mother, Esther Stoddard Edwards, was the daughter of a renowned Puritan pastor, Reverend Solomon Stoddard, and was known to be dignified, industrious, and an avid student of God’s Word, leading Bible studies for women well into her 90s.

Four older sisters preceded Jonathan, and six younger sisters followed him. As the only son, his father recognized Jonathan’s sharp intellect and propelled him to meet the potentials that God had gifted him with. Accordingly, by age 13, Jonathan left home for college. During his senior year as an undergraduate student, God providentially afflicted him with pleurisy, a severe illness of the lungs, from which he almost died. This caused him to intensely question whether he truly was a Christian, for he had severe struggles with pride, and also as a child, had found the pursuit of holiness to be a “melancholy, morose, sour, and unpleasant thing.”[ii] His parents had trained him rigorously in self-examination and repeatedly prompted Jonathan in person and in letter to see if he truly was regenerate.

Between the ages of 17–19, amidst his graduate student years at Yale University, God quelled his fears and assured him of his salvation. His diaries record his enjoyment in reading Song of Songs — finally, he understood Christ as all that is beautiful, lovely, and worthwhile to pursue in life. Out of his struggles to determine whether he was truly a Christian, forged a major question he would answer in his later writings, “How could one tell the difference between true and false religious affections?”[iii]

After earning his M.A., he pastored two churches before being called in 1726 to assist at his grandfather Solomon Stoddard’s church in Northampton. Within three years of Jonathan’s arrival, Stoddard died, and subsequently Edwards became full pastor. Since Stoddard had been the town’s pastor for 60 years, his passing was “like the falling of a mighty spreading tree in a forest.”[iv] Amongst the youth, in particular, a time of licentious behavior and lewd acts spread like the plague with Stoddard permanently absent. As a young pastor to a church of 1,300 people, and husband and father of his own growing family, Edwards had his hands full.

Viewing the discipline of work as an essential part of his worship to God, Edwards spent the bulk of his time studying and preparing sermons, often preaching three times a week (Sunday morning, Sunday evening, and Thursday lecture). Coupled with this rigorous study, he and his family led a life of piety and the townspeople over time were won by the young pastor’s godly example.

God’s Surprising Work in the Awakening

After Stoddard’s passing, the young people’s gatherings on Sabbath evenings were marked by frolics, mirth, and carousing. Even worse, parents allowed, even encouraged, their children to participate in these gatherings, knowing full well that licentious behavior occurred. Towards the end of 1733 though, in God’s providence, the young people of the town started to show signs of interest in spiritual things. Public worship attendance increased, and youthful frolicking decreased. When Edwards preached a sermon on the evil tendencies of these gatherings and urged young people to reform their ways and heads of households to govern their children with greater diligence, the young people complied with soft and willing hearts.

By April 1734, a turning point marked the beginnings of an awakening in Northampton. The sudden awful death of a young man in the bloom of life significantly impacted the young people. At the funeral sermon, Edwards preached on Psalm 90:5-6, and the youth were affected in an extraordinary manner. Shortly thereafter, a young married woman fell ill, and in the weeks that led up to her passing, God used the great assurance she had in Christ and her steadfast trust in God’s will during her physical sufferings to cause many young people to question the state of their eternal souls and to cry out, “What shall we do to be saved?”

A year later, the awakening was in full steam and spiritual concerns became the talk of the town instead of temporal matters. News of the great workings of the Spirit of God in landlocked Northampton not only spread to neighboring towns but reached the coastal city of Boston. Exaggerated reports, wild rumors, and charges of religious sensationalism circulated. Boston’s leading orthodox pastor, Benjamin Colman, requested Edwards to send a report of what was truly occurring. Thus, in June 1735 Edwards wrote a lengthy account about the awakening to Reverend Colman.

Impressed by Edwards’ account, Colman had deep hope that the region of New England would be a role model to the world of genuine revival, and consequently, shared the letter with other pastors, even associates in London, England. In God’s providence, this put Edwards on the international scene as pastor and writer. A year later, Edwards wrote an even longer summary of the awakening to Colman in eight pages of tiny handwriting, which Colman realized would be nearly 100 pages published. This is the account available to us today in A Faithful Narrative of the Surprising Work of God.

George M. Marsden, Professor Emeritus of History at the University of Notre Dame and biographer of Jonathan Edwards, aptly describes Edwards’ letter to Colman as “restrained, scientific, and detailed.”[v] Organized into five parts, Faithful Narrative summarizes: (1) general history about the awakening, (2) the nature of the awakening, seen in its influence on individuals, (3) adult Abigail Hutchinson’s conversion, (4) child Phebe Bartlet’s conversion, and (5) the gradual withdrawing of the Holy Spirit.

To counter charges of fanaticism, Edwards’ report is deliberately restrained and matter-of-fact. He includes background information about the 82-year-old town which housed 200 families, explaining that its landlocked position somewhat secluded it from false doctrines and vices more rampant in seaside towns. As the town’s third minister, Edwards also summarizes his grandfather Stoddard’s ministry and the “five harvests” his grandfather saw. These facts paint a general history about the spiritual state of the town before the awakening.

In describing how the Spirit of God went to work among the people, Edwards shares about the conversion of a notorious woman, known for being exceedingly vain in conversation, but was wrought upon by the Holy Spirit in a glorious saving way. Conversions such as this had a tremendous impact on the young people. Furthermore, even those who had already been converted prior to the awakening found their faith in Christ enlivened and renewed with fresh outpourings of the Holy Spirt in their lives.

Edwards chronicles the work as “extraordinary on account of the universality of it, affecting all classes, sober and vicious, high and low, rich and poor, wise and unwise.”[vi] Additionally, the work was not restricted to any particular age group. Young children, older children, young married people, older married people, and even those well into their 70s and 80s recorded conversions and awakenings of heart to the things of eternity.

As statistician, Edwards also records the surprising numbers of God’s work, noting that at one point 300 souls were converted in half a year. Moreover, during the height of the awakening, four people were being saved per day, sometimes 30 people per week. And finally, the details Edwards documents about the Spirit’s influence amongst the townspeople are especially noteworthy. During this remarkable time, old quarrels, back-biting, rivalries, and family feuds ceased amongst the townspeople, and confessing of injuries and making up of differences abounded. Edwards writes, “a loose careless person could scarcely find a companion in the whole neighborhood.”[vii] The townspeople shared a fixedness of heart, with the Bible being the most prized book and the Lord’s Day the most treasured day of the week.

At 101 pages, Jonathan Edwards’ Faithful Narrative is a quick and easy read. Learning from him about God’s extraordinary work, benefits us in two practical ways. First, studying God’s amazing works, delights our souls and enlivens our faith in our powerful God. Second, learning about this surprising time in our country’s history, teaches us to seek God’s kingdom with greater zeal, and to pray more fervently for personal and corporate holiness. Faithful Narrative is available in the Church Library.

The Mystery of Providence Book Review

Charity and Its Fruits Book Review

Temptation and Sin: On Indwelling Sin in Believers Book Review