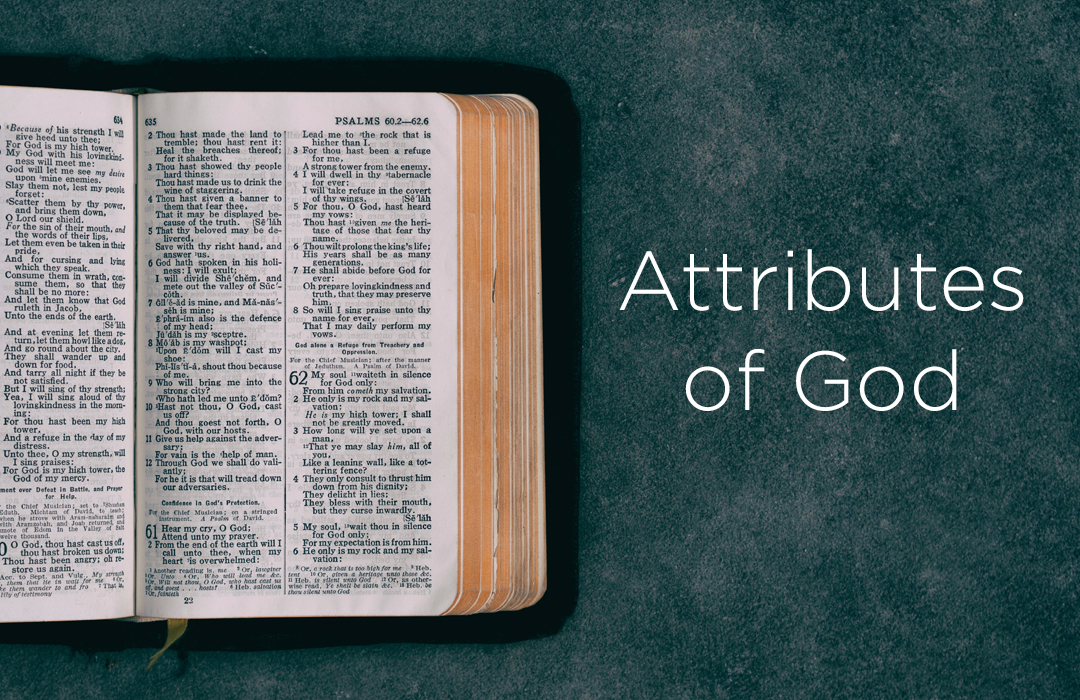 God Is Good. We learn this truth from Scripture passages such as: Psalm 34:8, “Oh, taste and see that the LORD is good! Blessed is the man who takes refuge in him!” and Psalm 136:1, “Give thanks to the LORD, for he is good, for his steadfast love endures forever.”

The problem is that we use the word “good” to describe a number of things, and so when we think about it as one of God’s attributes, it loses its true meaning. A rich man made this error when speaking with Jesus. We read in Mark 10:17 that a rich man ran up to Jesus, knelt before him and asked him, “Good Teacher, what must I do to inherit eternal life?” Jesus said to him, “Why do you call me good? No one is good except God alone.” Why did Jesus answer him that way? Jesus knew he was God the Son, so why did he stop this man from calling him good?

The issue was that the man did not believe in Jesus’ divinity. To him, Jesus was merely a teacher, and yet the man called him good. This revealed that the man had a wrong understanding of the word. Jesus, therefore, pushed back in order to help him see his error. It’s like the villain in the classic movie, Princess Bride, who uses the word “inconceivable” out of context.  And finally one of the other characters says to him, “You keep using that word. I do not think it means what you think it means.” In the same way, this rich man was using the word “good” to describe Jesus, whom he believed was merely a wise, law-keeping teacher.  For this man, people who are good as God is good are people who keep the Law. In fact, the rich man later said that he had kept all the commandments “from his youth”—revealing that he included himself in the category of good people. It wasn’t until Jesus exposed the sin in the man’s heart that the man went away sorrowful, realizing he was not as good as he thought.

So when we hear that God is good, we need to keep in mind that his goodness is without equal. It describes his moral uprightness, his loving-kindness, and his forgiveness to a degree that we cannot comprehend as mere creatures. Herman Witsius said that a Christian finds in God “an inexhaustible fountain of all desirable good; not only what equals, but also what infinitely transcends his conceptions and desires.”

God Is Good, and All that He Does Is Good. His goodness is revealed in creation—that he made all things “very good” (Genesis 1:31). It’s also revealed in his providential care of his creation—that all things come to us not by chance but by his fatherly hand. In providence, God reveals his goodness to the just and the unjust, sending rain and sustaining his creation for the benefit of all mankind. But his goodness is revealed to believers in a very special way in Christ. Stephen Charnock writes:

How great is that goodness, when by sin we were fallen to be worse than nothing, that he should raise us to be more than what we were; that restored us, not to the first step of our creation; but to many degrees of elevation beyond it! Not only restores us, but prefers us; not only striking off our chains, to set us free, but clothing us with a robe of righteousness, to render us honorable; not only quenching our hell, but preparing a heaven; not re-garnishing an earthly, but providing a richer palace: his goodness was so great, that, after it had rescued us, it would not content itself with the old furniture, but makes all new for us in another world; a new wine to drink; a new heaven to dwell in; a more magnificent structure for our habitation: thus hath Goodness prepared for us a straiter union, a stronger life, a purer righteousness, an unshaken standing, and a fuller glory; all more excellent than was within the compass of innocent Adam’s possession.Since God has shown us such goodness in and through Christ, we can trust that everything that happens to us in this life is truly for our good and his glory. We can trust that he does make “all things work together for good, for those who are called according to his purpose” (Romans 8:28).